When Chris and Elijah ventured into winemaking in 2009, they used the centuries-old négociant model as there was so much high-quality juice to be had for pennies on the dollar due to the recession. Their first blend was a Cabernet from Napa followed by a Chardonnay from the Russian River Valley.
In 2012, the pair bought Nine North Wine Company, a 50,000 case/year operation that produces appellation-specific Sauvignon Blanc, Chardonnay, Merlot, Cabernet Sauvignon, Pinot Noir, Zinfandel and Petite Sirah under six labels.

With so much wine to play and create with, one day they were joking about doing away with variety, appellation and historical blending techniques traditionally employed, and just focus on making a wine that tastes really great and over-delivers for the money. Chris dropped the F-bomb, “Let’s do it!”

The first F Bomb Red was a blend of Grenache, Mourvedre and Tannat which sold out immediately. Chris and Elijah continue with the original goal of making a blend that is fun and tastes incredible without the traditional limitations. 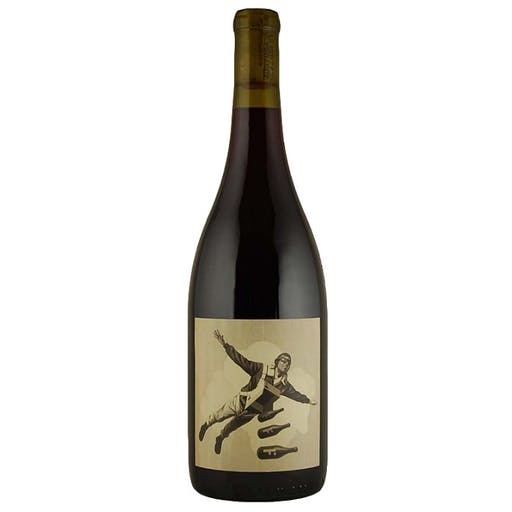 Juicy aromas of strawberry jam, raspberry, and red plum jump out of the glass, with a light framing of toasty vanilla oak. The lush mouth is soft and inviting, with layers of ripe berries and red cherry, with the spiciness of a drippingly sweet black mission fig and just the right amount of oak for framing. Enjoy this crowd pleaser with BBQ’d pork tenderloin served with grilled pineapple salsa and fresh corn tortillas.